BBVA in the World

BBVA in the World

Renewable energies: the only option for isolated and excluded populations 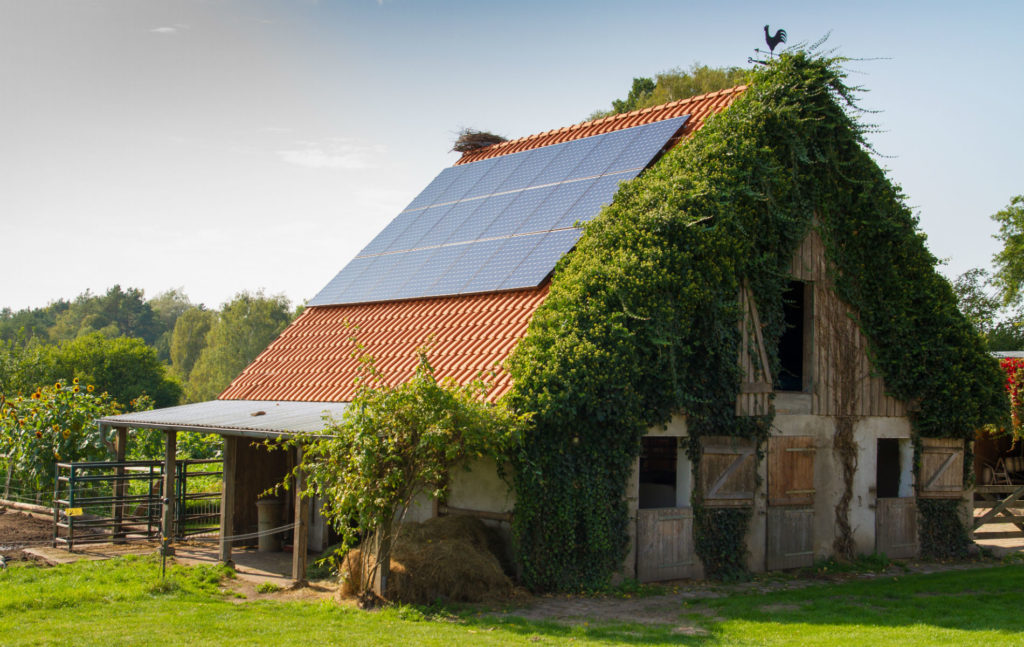 Renewable energies are not only an investment opportunity, a response to the planet’s urgent need for sustainability and a change that will improve our lives –they can also rescue remote populations from their isolation and help ease their problems. Microgrids are making giant strides in every corner of the world, combining goals and mobilizing interests.

According to Elías Fereres Castiel, president of the Royal Academy of Engineering, in the report entitled Technologies for human development in isolated rural communities, technological innovation is the key to changing the situation of these human settlements. “The use of appropriate technologies tailored to local conditions has been effective in achieving the established targets, in a scenario with a predominance of social, institutional, economic, cultural and legal aspects, among others”, says Fereres Castiel, referring to projects that have played a role in the inclusion of IRCs (Isolated Rural Communities). This expert is of the opinion that “creating opportunities for people who are isolated and excluded from everything except poverty is justified because it is in the IRC where technology can do most to further the well-being of individuals and the development of communities”.

The planet’s survival is an issue over which, by definition, all interests converge. Finally, after wasting precious decades and, with some exceptions, renewable energies seem to be managing to get politicians, businesses and citizens to unite and fight for a common cause.

Although out of all the countries with large and inaccessible rural areas Argentina is not the most serious case, around 750,000 people (most belonging to indigenous communities) have no access to electricity. This restricts their social and economic opportunities, but –according to Lucia Spinelli, energy specialist at the World Bank– it is very difficult to reach certain areas with traditional electricity services. “The advantage of renewable energies is that they can be connected up in these isolated places.

Once the system has been installed it can operate, and there is no need for a fuel supply to ensure access to electricity”, said the expert in an article published in El País.

Today around 150,000 people in remote areas of Argentina are using renewable energies –solar panels, hydroelectric systems and wind power– for daily tasks such as lighting their homes, charging their cellphones and even listening to the radio. In the words of Victoria Ojea, online producer at the World Bank, wind, sun and water represent “the new electricity for far-flung communities”.

A simple cell phone can make a huge difference in the lives of the billions of people who live in the world’s least developed countries. There, apps aren’t only resources for work and entertainment, but tools to improve the health, security and income of the poorest.

But Argentina is only one example; from the Mapuche communities in Chile, who generate clean, cheap and uninterrupted energy, all the way to Entasopia, a small and dusty village in the Rift Valley in Kenya –five hours from the capital, Nairobi, and 48 kilometers from the nearest electrical grid– which now has photovoltaic energy, microgrid projects are multiplying. And their impact goes much further than merely providing light and energy.

The company Powerhive (whose board of directors includes the actor and activist Leonardo DiCaprio) claims that the microgrid business is turning out to be profitable, and that this growth can be exploited to roll out projects in new regions of Africa and Asia.

Powerhive East Africa Ltd. is the first private company in the history of Kenya to be granted a utility concession to generate, distribute and sell electricity.

“The government of Kenya recognizes that the fastest and least expensive approach to reach 100% electricity access is to allow private investment in distributed generation infrastructure”, says Zachary Ayieko, managing director of Powerhive East Africa in a company press release. The company been laying grids in African countries since 2012, supplying communities of around 200 inhabitants with clean energy. Before this deployment, only 23% o the population in Kenya had access to electricity. The aim of this project is to offer clean energy to over 200,000 homes.

“Light from roof systems can improve quality of life, but only microgrids can lift people out of poverty”, says Emily Moder, digital product manager at SteamaCo, in a Yale University publication on the company that installed the first microgrid in Kenya. And she adds: “They are the next step up. And by allowing people to build businesses and another source of income, they improve the resilience of rural communities against drought or climate change”.

Legislation, the essential framework for the development of renewable energies

Our planet’s health depends on the awareness and collaboration from every single person in it. It depends on the adoption of clean and renewable energies that replace finite and polluting sources. Political and climatological factors also have an impact, but technological development and the laws that support and drive their adoption are indispensable.

Wildpoldsried is a small farming community in Bavaria, Germany, that has become efficient at generating and using renewable energies. Wildpoldsried produces 321% more energy than it needs and earns 5.7 million dollars a year thanks to its renewable energy output. It received the European Energy Award Gold in 2014.

The town developed its project based on three principles: renewable energy and energy savings; use of environmentally friendly materials; and protection of water resources. On this basis they built an environmentally-friendly DWS system with four biogas production plants using cow manure as the raw ingredient, supplemented by the use of pellet burners, and seven windmills that produced a total of 16,798 Mwh in 2014, with two more on the way in 2015. All the houses in the village –including official buildings– have been fitted with solar panels, and they have installed three small hydroelectric plants and ecological wastewater and flood control systems. The village also exports its surplus.

Experts all agree that microgrids are the tool for achieving the goal set by the UN Secretary General Ban Ki-Moon at the 2014 climate summit, namely bringing electricity to 1.3 billion people all over the world –mostly in rural areas– who currently have none.

Wind has garnered a reputation for being not only an environmentally-friendly, but also a wallet-friendly alternative to produce electricity at a utility-scale level. This is in sharp contrast to the U.S. debut of large wind farms in 1980, which were primarily in response to environmental concerns and emissions reductions standards. Moreover, estimates on the cost of producing electricity with wind energy have been trending downward, making wind energy competitive with conventional energy sources, even after taking into account both government incentives and the historically low prices of natural gas and  coal.

Non-conventional renewable energies: a light that shines bright for Chile

In just a few years, Chile has left behind a power generation landscape dominated by conventional generation sources to become one of world’s top-investors in non-conventional renewable energy projects (NCRE) and one of the regional leaders in solar power technology. The boom is driven by factors such as an extensive coastline, a desert under recurrently clear blue skies and regulations that encourage operators

Receive in your email the latest information on mortgages: products, tips and recommendations to make the best decision.

We have just sent you an email to confirm your subscription.

Something has gone wrong. Please wait a moment and try again.

Renewable energies: the only option for isolated and excluded populations

To improve the quality of our services, to provide a pleasant experience and to analyze your navigation habits as a user of the Site to show users advertising related to their preferences, please note that we use proprietary and third-party cookies. If you continue browsing the Site we assume that you accept the use of cookies.